It was late at night and I was dozing off in Anna's Annex. It was a cool and cloudless night. The smell of my cooling coffee drifted lazily into the breeze and curled around an old flag hung in the days of optimism. From my seat on the balcony, I could see the owner turn off the lights and turn off the stove, getting ready to log off. The shop was plunged into the dark and she shooed me out the door and locked up.

So rude of her. I wandered about patio drowsily stewing over it. And that was when I was jolted to full conscienceless by a loud bang, and then a sound of crumpling. Hissing and a slow wheeze followed. I ran towards the source of the noise, fearing something worrisome. While all instinct screamed to run from the ominous din, curiosity begged me to investigate toward it. 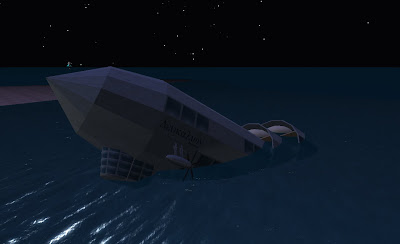 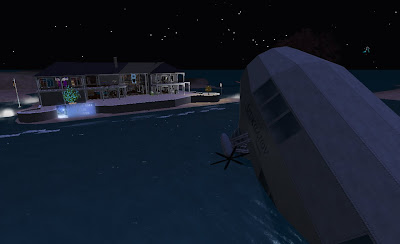 I couldn't take my eyes off of it. It creaked steadily into the breeze. It was surreal, to watch such a leviathan lie helpless. It arched into the sky like a child reaching for the stars, almost in one final desperado attempt to regain its rightful place as champion in the skies. An attempt inevitably doomed to failure. 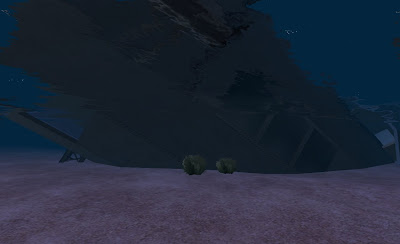 I wanted to swim across and see if anyone was trapped and in need of help. But I was scared for my own life. What if it lost its battle with gravity and the forces and collapsed completely into the water? But should I consign another soul to that fate?

In the end, I built up my courage and plunged into the chilled waters. It seemed like a long swim to the wreck, made worse by another frightful and terrible noise and a choppy wave across the waters.

Finally reaching the wreckage itself, I climbed up and onto it to discover the cause. The bow had stripped off and fallen away, crumpled down into the sea bed below. Only further evidence of the impending doom of those entrapped inside as well as myself. 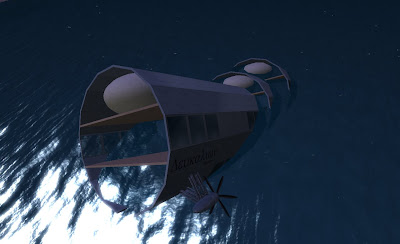 What was most curious is the lack of furnishings in the vessel itself. Had they been jettisoned in a last ditch effort to maintain buoncy? Or was this blimp on its maiden voyage, one gone horribly wrong? 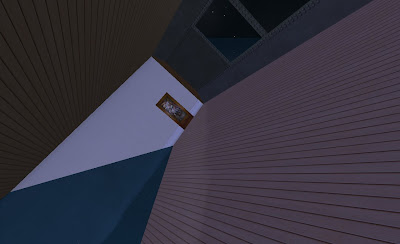 One thing was certain, there was no soul left in this zeppelin except for myself. It was likely that, upon discerning their fate in this dying craft, they chose to leap from it and allow it to tumble where it may. Tumble practically onto my feet. 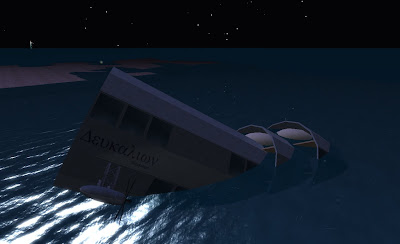 As I struggled against the tilt of the craft towards the exit, I heard yet another dreadful sound. The sound of metal gnashing against metal and fabric rending from its steel skeleton. This sound told me the time to make my dash to safety had passed. I ran with as much speed as my body would give without failing.

And yet, as I ran towards the collapsing exit, I saw a sight that I will never forget. It was the sight of one of the steel pinions of this zeppelin, plummeting directly into my face. And then silence.
Posted by Anna J Tsiolkovsky at 7:45 AM

Labels: PhotoMania, The Path of The Nomad, Trips